Even with mortgage interest rates sitting 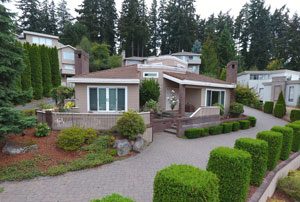 near record lows, mortgage applications failed to make any gains recently. Total application volume decreased 4% on a seasonally adjusted basis for the week from the previous week, according to the Mortgage Bankers Association. Even refinances, which are highly
rate-sensitive, were unimpressed by the continued low rates, falling 4% from the previous week, seasonally adjusted. They are, however, nearly 48% higher compared to the same week one year ago, when interest rates were higher.

The average contract interest rate for 30-year fixed-rate mortgages with conforming loan balances ($417,000 or less) decreased to 3.64% from 3.65%, with points decreasing to 0.31 from 0.34 (including the origination fee) for 80% loan-to-value ratio loans. Mortgage applications to purchase a home also lost ground, falling 4% for the week to the lowest level since February. Still, they are 10% higher than the same week last year.

Low rates are the only bright spot in a housing market plagued by low inventory and rising prices. Several major U.S. metropolitan markets are hitting new record high median home prices, and homebuilders are not starting enough new homes to meet demand and help moderate the price gains. Single family housing starts in July rose less than 1% for the month, and building permits, an indicator of future construction, fell 3.7%, according to the U.S. Census.